The Nordic media is characterised by a strong, independent media that places high demands on the content created by communications departments. Robert Söderling, CEO of Retriever, shares his best insights on the Nordic media landscape.

All the Nordic countries have a similar tradition of a strong, independent media and critical journalism. Media consumption is high, which has led to a high level of general knowledge among the Nordic people. 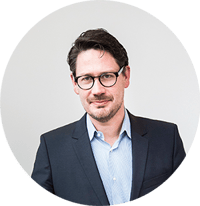 “Another common denominator is that newspapers are very popular here in the Nordic countries. In terms of circulation per capita, Japan tops the list – followed by Norway, with Finland in third and Sweden coming in at fourth place. Otherwise, we mainly see differences between media houses rather than between countries,” says Robert Söderling, who has been working with Nordic media houses since in 2005.

“When it comes to free newspapers, we do see some differences. In Sweden and Denmark, there were some huge successes – at least in terms of the number of readers – with a peak around 2006–2007. After a period of intense competition and what could be characterised as a “free newspaper war”, there followed a period of closures and mergers. In Finland, free newspapers did not quite have the same hype, though both Metro and Sanoma had free newspapers that also merged with each other after a time. In Norway, however, free papers never really gained a foothold, which means that Norway never felt the wave of the rise and fall of the free newspapers that hit other markets. I should also mention that the same does not hold true for household-distributed free newspapers, where the situation was different,” continues Robert.

Our tradition of critical, independent journalism places high demands on the content created by communications departments. According to Robert Söderling, this is especially true today, with the debate concerning fake news high on the agenda:

“If you want your message to have an impact, you simply need to have a good understanding of how journalism works. For those of us who are media watchers and analysts, it means that we can rely on what we encounter in the media in a completely different way than in other parts of the world. We do not need to spend as much time examining the veracity of the content and can instead spend more time on the actual analysis.”

At the forefront of the digital transition

It is no secret that new consumer habits and new competitors like Facebook and Google represent tough challenges for the media industry – also in the Nordic region.

“Many companies are struggling with declining revenues and digital challenges. However, most media houses are currently turning a profit and have been good at cutting costs – although of course often with unfortunate consequences in terms of journalistic quality,” says Robert Söderling.

“In fact, all the Nordic countries are at the forefront of the digital transition – even if the recipe is by no means obvious. Norway stands out as an early adopter of digital platforms, with strong media groups such as Schibsted succeeding in creating sustainable business models. To succeed with this transition and compete against giants like Facebook and Google requires capital.”

Personalised news is the future

Robert Söderling sees three distinct trends when he predicts how the media landscape will evolve in the coming years:

“First, we are most certainly facing a paradigm shift that was kicked off by Facebook, where we are moving from mass communication to individual, personalised communication. Digital solutions that enable consumers to take part in only what interests them. In this context, media houses are struggling to find viable business models. From a social perspective, the complete take-over of so-called ‘filter bubbles’ is of course a sad and dangerous development.”

The second trend that Robert Söderling is certain we will be seeing more of is the data boom.

“The data boom will only continue. It all comes down to data, and all the media houses are currently working to gather information. The difficulty lies in drawing the right conclusions and creating sensible analyses of the information.” Read more about the benefits of analyzing your data and utilizing the results here.

Finally, Robert believes that pinpointing who is behind the messages we encounter will only become more and more difficult.

“Source criticism will only become more and more complicated,” says Robert. “Retriever and other similar media analysts will play an incredibly important role in this context. It is our responsibility to provide our customers with a true understanding of the media.”

Background: Robert started working with Retriever from the owner side in 2000. At that time, Retriever was an entirely Swedish company with six employees and sales of about SEK one million. Retriever was one of the very first media monitoring companies that tracked online news. In 2002, Robert worked on the merger of Retriever and the Norwegian company Nordiske Nyheter, and was later involved in the sale of Retriever to the Norwegian media house Schibsted. In 2003, just before Retriever was sold to Schibsted, Robert was hired by Retriever and two years later, at the age of 34, he became CEO of the company. Since 2005, Retriever has established a presence in Denmark and Finland and has grown from 28 employees and about SEK 40 million in sales to 170 employees and a turnover of around SEK 325 million.

Thinking about right now: “That the baby on the way in May turned out to be twins. So now most of our discussions at home revolve around prams and people carriers …”